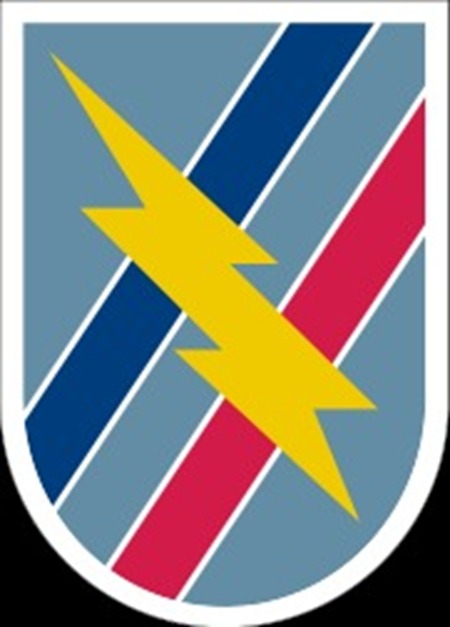 First off, I want to thank Greg Moore for giving me the inspiration to do an Assault website with his wonderful work at gregpanzerblitz.com and also Ward McBurney's work at http://www.imaginative-strategist.layfigures.com and I want to give a thank you to Pat Callahan atwww.microarmormayhem.com for letting me post his Soviet Forces Order of Battle. It is the main source of information for the Soviet formations you see posted here.  Pat has been a great help and has an awesome miniatures website.

I would like to give some additional thanks to Sava Toufexis for helping spread the word. Check out the awesome counters on his website savateecounters.blogspot.com

A little about the optional advanced rules development. I have enjoyed the original game system since it was first published by GDW in the mid-1980s. However, even 30 years ago, I knew from personal experience that some of the concepts did not accurately simulate capabilities and practices.

Stablized weapons. My first problem with the rules was the restriction on firing if you moved in the first movement phase. Stabilized weapons have been around for a long time and with the advent of the Leopard 2, M1, and Challenger, the sophistication of the fire control systems for these weapons makes that game restriction unnecessary.  The U.S. Army conducts moving engagments as part of gunnery so it did not make sense to me to not represent that in the game. The Soviets have stabilized weapon systems also, though generally not as sophisticated as western ones.

Spotting. The next problem I thought the original system did not properly address was thermal imaging and spotting.  Crews train to use the thermal imaging equipment day and night. It greatly enhances your view of the battlefield.  You can camouflage a tank  but you can not hide the heat it puts out of that engine. While I do not believe spotting should be automatic, I think that it should be easier, especially with the development of the Commander's Independent Thermal Viewer systems, then in the original rules.

Artillery.  I have never found a call for fire system that I thought accurately reflected modern capabilities. The introduction of sophisticated FIST-Vs (FIre Support Team Vehicles) such as the M-981 and the newest M-7; really sped up time-on-target and improved accuracy. Pre-plotting fire missions and reference points prior to hostilities coupled with dedicated artillery batteries, could give you the ability to have accurate rounds impacting within a couple of minutes of a call for fire request. FIST-Vs are so much more capable then Observation Posts represented in the original game with the ability to laser designate artillery, observe fire in degraded visibility conditions and direct CAS (close air support).  Counter-battery fire was another area I felt was lacking in the original rules. It is such an important battlefield consideration it should not be ignored and again with the sophistication of FIST-Vs and battlefield radar systems, I felt it would not be difficult to simulate.  Finally, un-observed artillery fire. A lot of what I have read about Soviet doctrine and practice, called for massed artillery fires on suspected areas of enemy concentrations prior to attack. Though not accurate,  I think it adds an intersting aspect to the pre-game set up.

New Equipment. The Janes Armored Vehicle books are a must for developing new unit counters. Quite a few of the "new equipment" vehicles were around in the 1980s. M1A1s for instance. I'm not quite sure why they were never introduced in the original game. Since the weapon on the M1A1 was the German Rheinmetall 120mm and the ammo storage was basically the same, I always used the German direct fire chart of the Leopard 2 for the M1A1. I changed it for the M1A1, M1A2 and Leopard 2A4s  once I got data for the upgraded ammo (MPAT and MPHE). I also did not understand why there was no Milan missile mounted on the Marders. All Marders had been equipped with Milans by 1978, well within the time frame of the game. The AT-3 Sagger team was another missing weapon system. I thought it was fun and unique system to simulate. The longer the range to target the more accurate the system is and the use of RPGs to cover the the first 500 meters until the gunner could capture the missile is an interesting feature.

Armor. Improved armor was another facet of the updating of vehicles. I was concerned that I would over value the improvements made and take the fun the out of the game. I took conservative approach on the armor values; Challenger 2s are about as impervious as you can get but there are still vunerable areas, i.e. tracks, gun mantlet, engine.  Still, operational experience in the Gulf War (Desert Storm) demonstrated just how well the Chobham armor equipped vehicles truly are.  Only the APDU rounds penetrated the turrets of M1A1s and only then on flank shots. The Soviet (Russian) improvements came more in the form of the Shtora defense system and reactive armor.  I also found that Soviet T-72s, T-80s and T-90s have a version of composite armor, though not nearly as developed as the British Chobham and Chobham 2 armor. The Russians sold the T-72 to Warsaw Pact nations without the ceramics installed; leading the Poles to develop the PT-91 Twardy. That is also why non-Soviet  Warsaw Pact T-72 armor should be treated as conventional steel.

Helicopters.  I accelerated the deployment of the AH-64Ds. Mast mounted systems, such as the Longbow, were in development and could have been deployed in the 1990s. I also introduced the Italian A-129 and the Eurocopter Tigre. The Tigre's delay in deployment was a direct result of the imploding of the Soviet Union and the dissolution of the Warsaw Pact. Without that having occured, the Tigre would have deployed in the early 1990s. The British also began acquiring the Apache and replacing the Lynx in the early 1990s.  I really enjoyed simulating the Russian KA-52 and I will be doing the same for the KA-50 soon.

Logistics. What a nightmare, but without logistics, armies do not move, fight or exist. I had quite a bit of personal experience with the tactical logistic function as a young 1st Lieutenant. I served as a support platoon leader for a mechanized infantry battalion (both M113 and M2A1); as an XO (executive officer) for a HHC (Headquarters and Headquarters Company) and a Company Mech-Armor team in a M2A1 Bradley mechanized infantry battalion; and as the company commander of an M-901 ITV anti-tank company.  While it involves more paperwork to simulate the logistic function, I thought it would be fun to do, especially if like me, you want to simulate a large campaign.  I did my best to keep it simple as possible and not overburden the game with MORE record keeping. I especially liked the idea of being able to recover disabled vehicles, besides all those destroyed vehicle markers look cool on the map.

Aircraft. Now this was really fun to simulate. Again, I did not want to overcomplicate the game, so I tried to keep CAS as simple as possible. I liked how the original rules addressed anti-aircraft fire so I kept CAS within that framework and why I oversimplified the air superiority role. I did not want CAS to dominate the game so that's why I chose to restrict its availability and its capability.  I think I came up with a pretty good comprimise.

Command Ratings. Let's face it, some countries do not train to the level of others. This is not to question the intelligence level of the soldiers but the inadequacies of their training and doctrine.  From my personal experience, I have always thought that NATO did a significantly better job at this then the Soviets.  It showed in the battles of the Persian Gulf versus the Russian experience in Chechnya. I felt that there should be country modifiers and then modifiers for specific types of units. Your more elite units should have more elite soldiers; i.e. recon, air assault, airborne, special forces; and therefore better chance at a higher command rating.